Placerville Veterinary Clinic is excited to welcome clients back into the clinic! Please have patience as this may be a work in process since we still need to minimize how many people are in the clinic at a time. We are allowing ONE masked client per appointment (not per pet) to accompany their pet or pets. A new protocol has been set in place: • When you arrive to the clinic for appointments, call the front desk at 530-622-3943 and a receptionist will check you in. • The receptionist will ask you to come onto the porch with your pet to then be escorted directly into an exam room by a technician. We will not have any clients waiting for their appointments in the lobby area. o If you are early for your appointment or if the clinic is at capacity, the receptionist will ask you to wait on the porch or in your car and we can call you when we are ready for you to be escorted into an exam room. • Our exam rooms are small, so we ask that all clients stay seated on the designated chair or bench to maintain social distancing throughout the exam. • All clients, regardless of vaccine status must always wear masks properly, covering nose and mouth. • Mesh/beaded masks are not effective and if worn, an effective 3-layer mask will be provided to you. • The doctor will then examine your pet, necessary treatments will be done and then the receptionist will charge you out in the exam room to reduce traffic in the clinic. We will be disinfecting rooms thoroughly in between exams to reduce the risk of COVID-19 transmission. Technician appointments on vaccine clinic days will remain curbside. Thank you for all your patience during these changes as we are here to provide the best care for your pets while keeping our staff and clients safe as well.

Would you like to switch to the accessible version of this site?

Don't need the accessible version of this site? 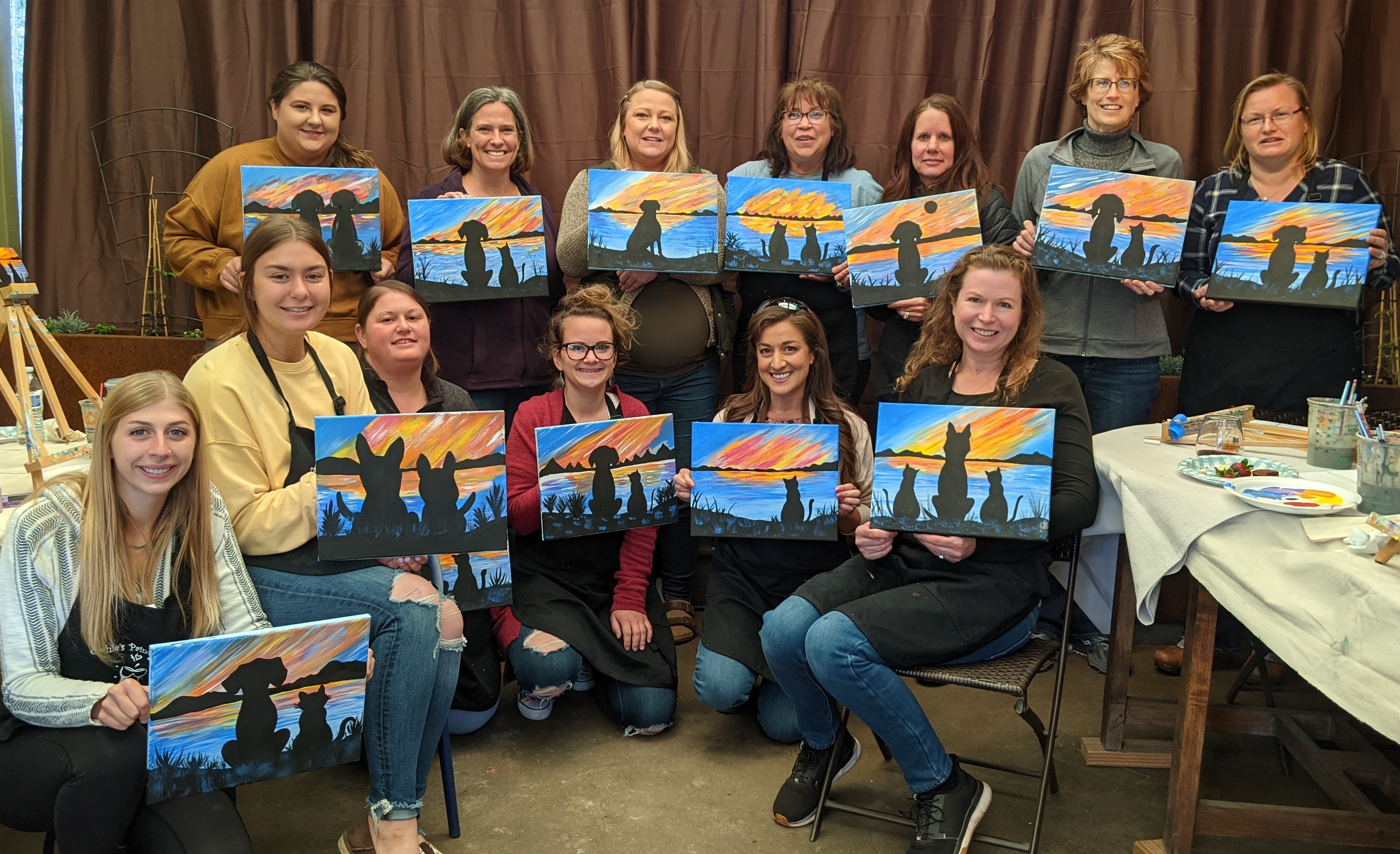 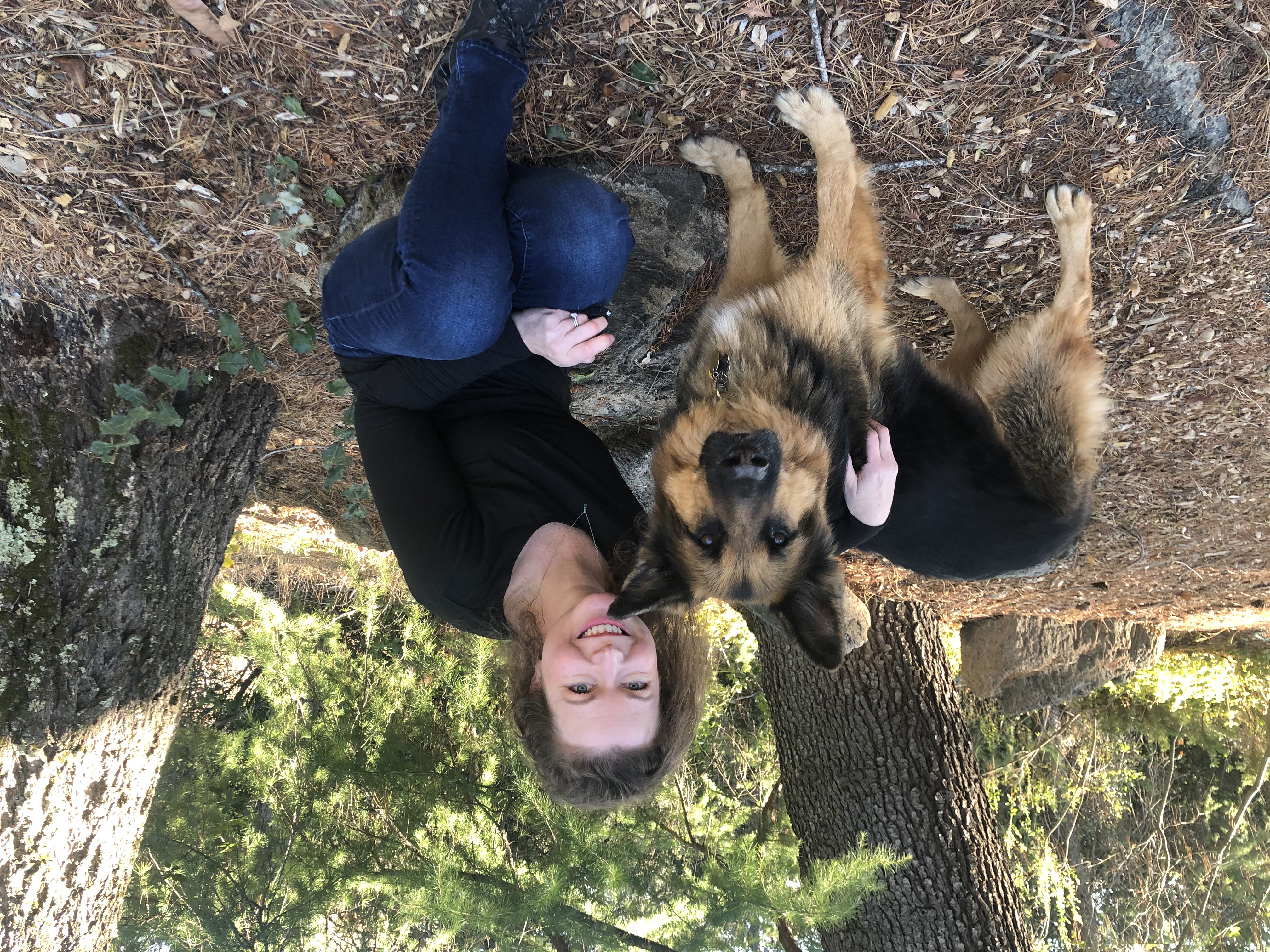 Heather grew up in Huntington Beach, CA, where her family still lives. She attended veterinary school at UC Davis, School of Veterinary Medicine, and graduated in 2005. She fell in love with Northern California, decided to stay and joined Placerville Veterinary Clinic immediately after her graduation. In 2010, she became a partner in the practice and full owner in 2014.  She has a special interest in cats, but loves dogs as well. Heather lives in Placerville with her husband and son.  She has a German Shepherd Dog named Kaiser, two barn cats named Black Spy and Grey Spy, and some chickens.  Becoming a Veterinarian was Heather's childhood dream, and she is thrilled to have found a career she feels so passionate about.  In her free time she enjoys playing with her son, running, hiking, snowshoeing, caring for her pets and gardening. 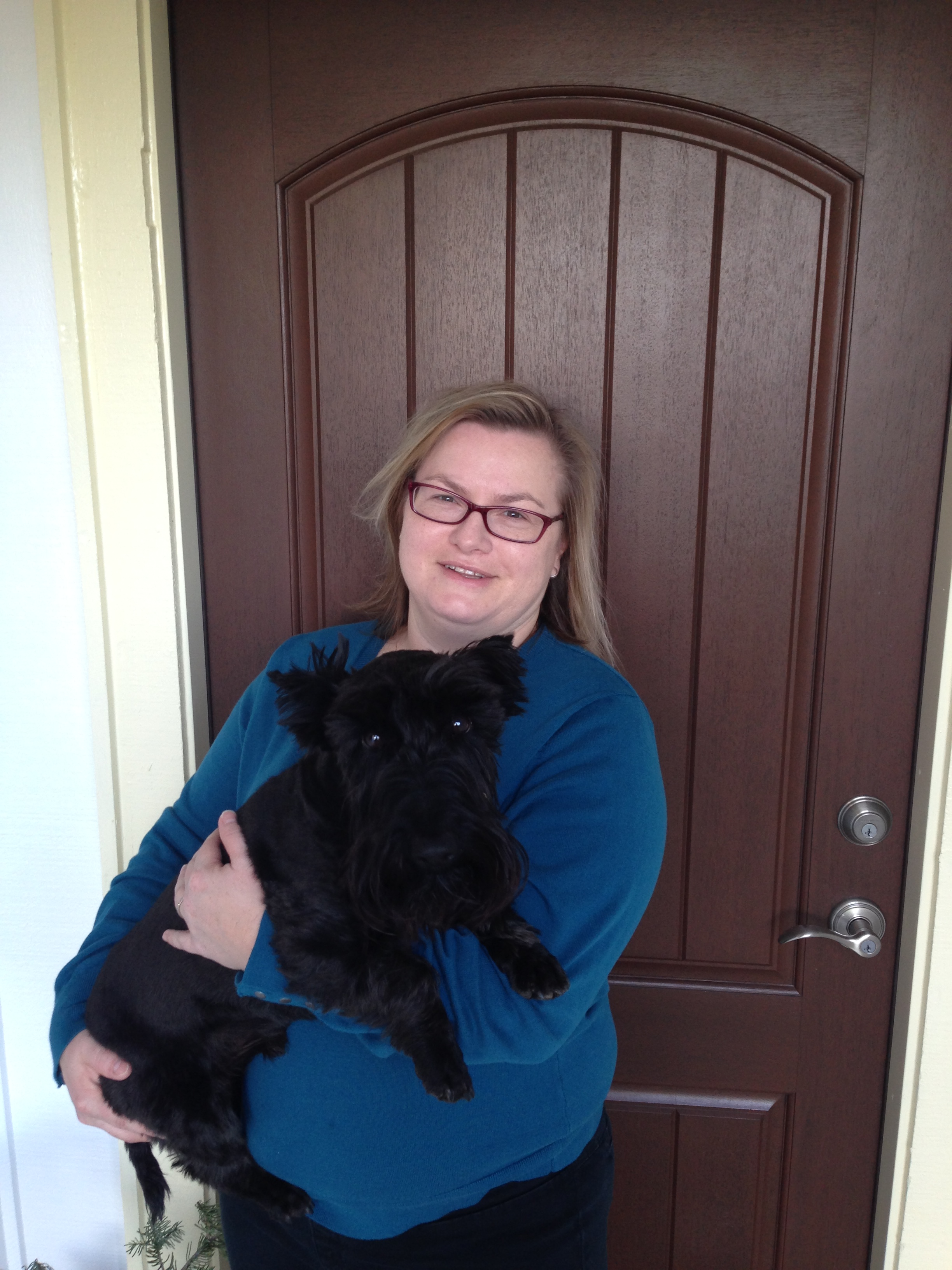 Dr. Barbara Otrubova is a 2006 graduate of Cornell University College of Veterinary Medicine in Ithaca, New York.  She obtained her BS in Animal Physiology and Neuroscience from the University of California San Diego, where she graduated Magna Cum Laude.   Dr. Barbara was born in the Czech Republic and her family immigrated to the United States when she was two years old.   She grew up in the Central Valley of California and after graduating from veterinary school, moved back to California to pursue a career as a small animal general practitioner.  She has a passion for internal medicine and surgery with a special interest in felines.  In her free time Dr. Barbara enjoys being a new mother, gardening, making all types of pickles,  and hiking the Sierras with her husband and her two Scottie dogs Reese and Ralphie.

Briar Corder grew up in South Pasadena, CA where she spent most days down at the family stables with the horses, dogs, cats, chickens, goats, and the occasional zebra.  Briar currently lives in Fair Oaks, CA with her husband, two daughters, and hound-dog, Luka.  She has called the Sacramento area home since 1996, when she moved to Northern California to attend undergrad at UC Davis, earning her Bachelor of Science in Evolution and Ecology.  She graduated from UC Davis School of Veterinary Medicine in

2006 and has practiced at small animal clinics in Arden-Arcade and Natomas before arriving at Placerville Veterinary Clinic in 2021.  In her free time, Dr. Corder enjoys reading, riding her horse, Amos, and spending time with her family.

Ysabel was born in San Francisco, California and her family moved to Placerville in 1991.  She always had a love of animals large and small hence one of the many reasons for the family to move. She has over 20 years veterinary experience, 13 years as a Registered Veterinary Technician.
Being part of Future Farmers of America (FFA) at Ponderosa High School and winning overall large animal master showman at the El Dorado County Fair kicked off her animal career. Her well rounded experience ranges from private veterinary practice to UC Davis VMTH to non-profit spay and neuter clinics  and volunteering everywhere in between.  She is an advocate for animal welfare and wellbeing.  Ysabel and her husband Rob live in Shingle Springs with their spoiled cat love Sunny.  They both love to work out at the gym and compete in bodybuilding classes.  She loves to hang out and float in the pool, horseback ride, garden, spend time with friends & family and travel.

Donna has worked for Placerville Vet as a veterinary assistant since 1995.  She loves working with animals and could not imagine doing any other job.  She and her husband Jason reside in the Garden Valley area. She loves boating, camping, geo-caching with her family, and of course, the 49ers. 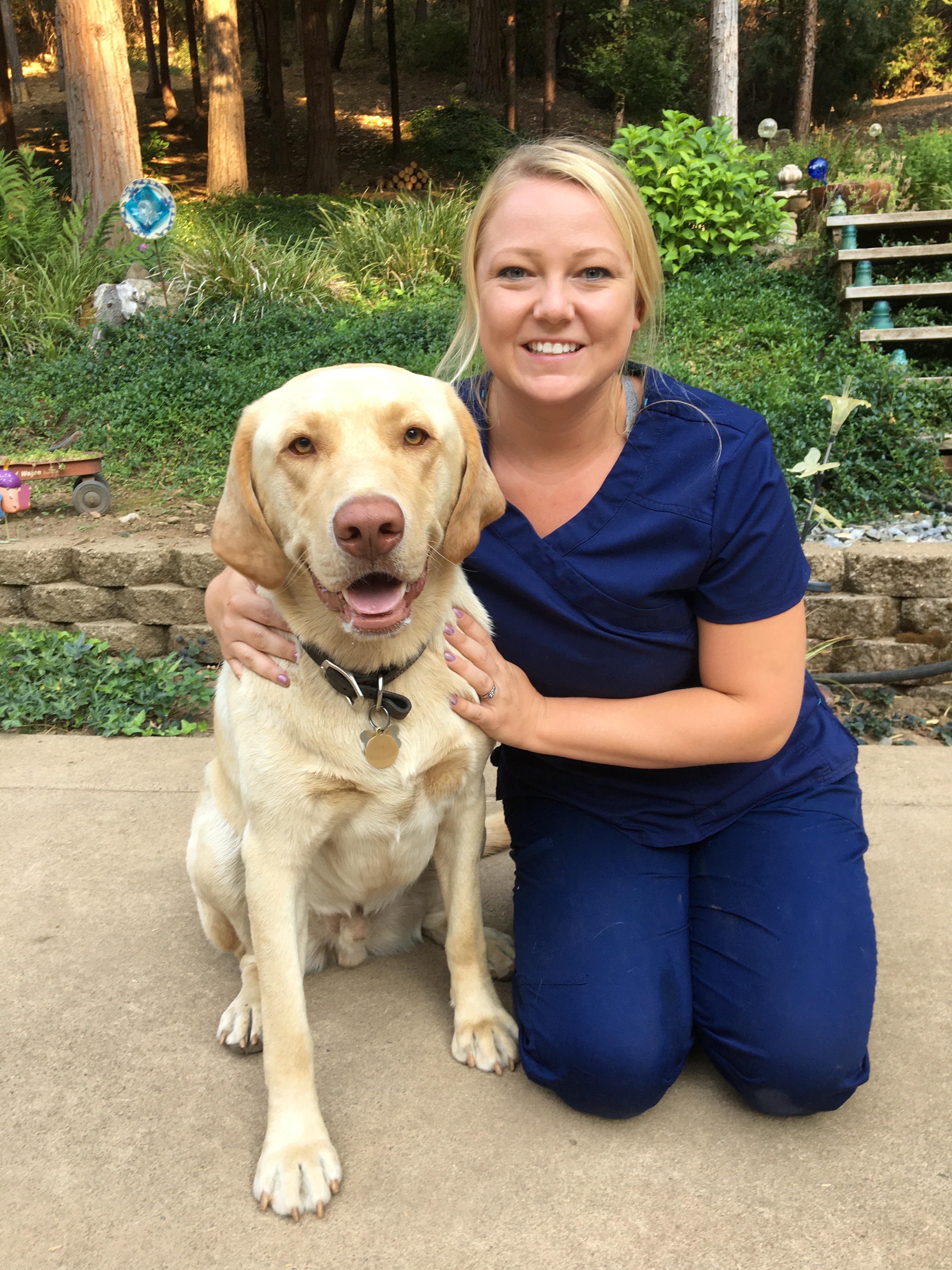 Katelyn grew up in Rhode Island where her family owned a small ranch sanctuary. Growing up among many rescued animals, caring for animals became like second nature. Katelyn graduated from San Francisco State University with a Bachelor of Science degree in Zoology in 2017. Expanding her experience in animal husbandry after graduation, she volunteered at The Marine Mammal Center, San Francisco Zoo and Wildlife Rehabilitation Centers.  Katelyn is currently enrolled in Veterinary Technician school and will graduate in 2020. Her special interests include herpetology, entomology and wildlife Biology. In her spare time, Katelyn likes to spend time kayaking, biking, camping, running, pet-sitting and cuddling with her Bearded Dragon, Sidd. 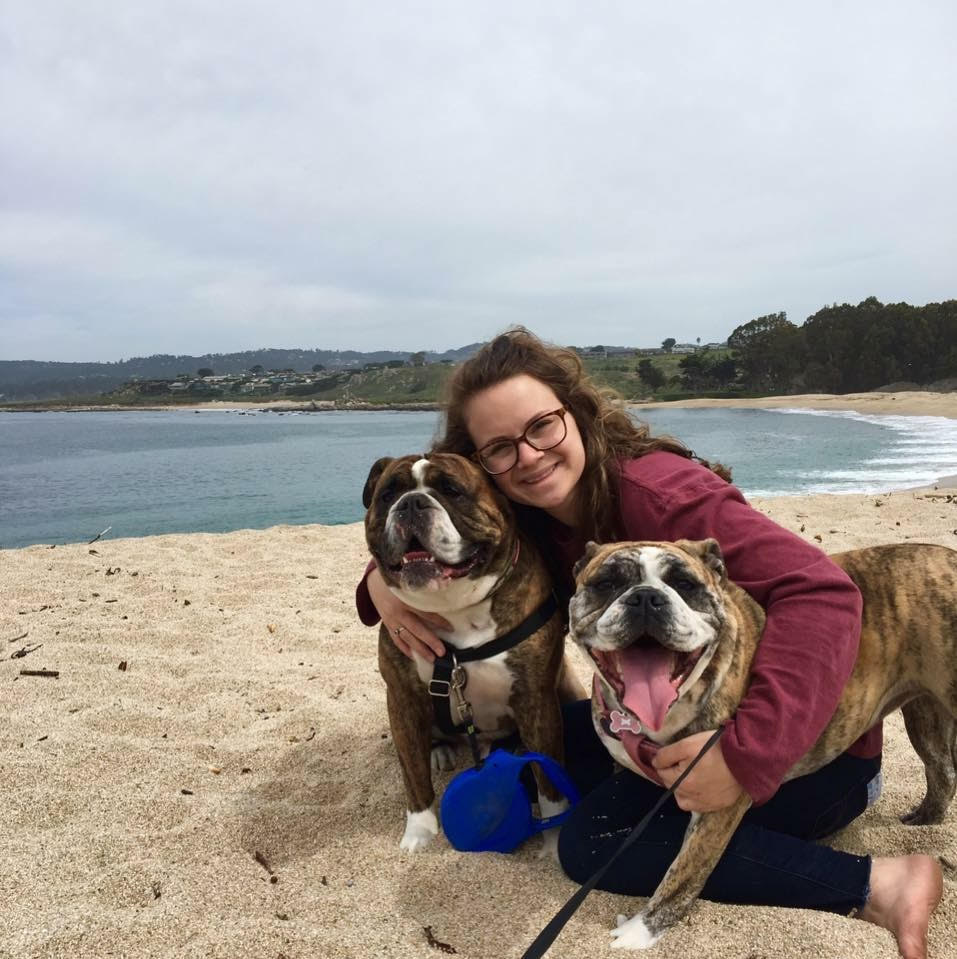 Growing up in Auburn, California, Lanae was surrounded by wildlife and animals from a very young age. With a neighbor who worked as a wildlife rescue and rehabilitation specialist, Lanae would frequently find herself drawn to aiding in their care. After graduation from UC Berkeley and interning at an animal rescue, Lanae knew that her future would involve animal care and welfare. Recently, Lanae moved to Placerville with her boyfriend and her two rambunctious Olde English Bulldogs, Nemo and Dory. During her down time, she and her pups can be found enjoying the outdoors, spending time with family, or rooting for the Warriors,   Giants, and Steelers! Lanae is now in Veterinary Medical school to become a DVM! 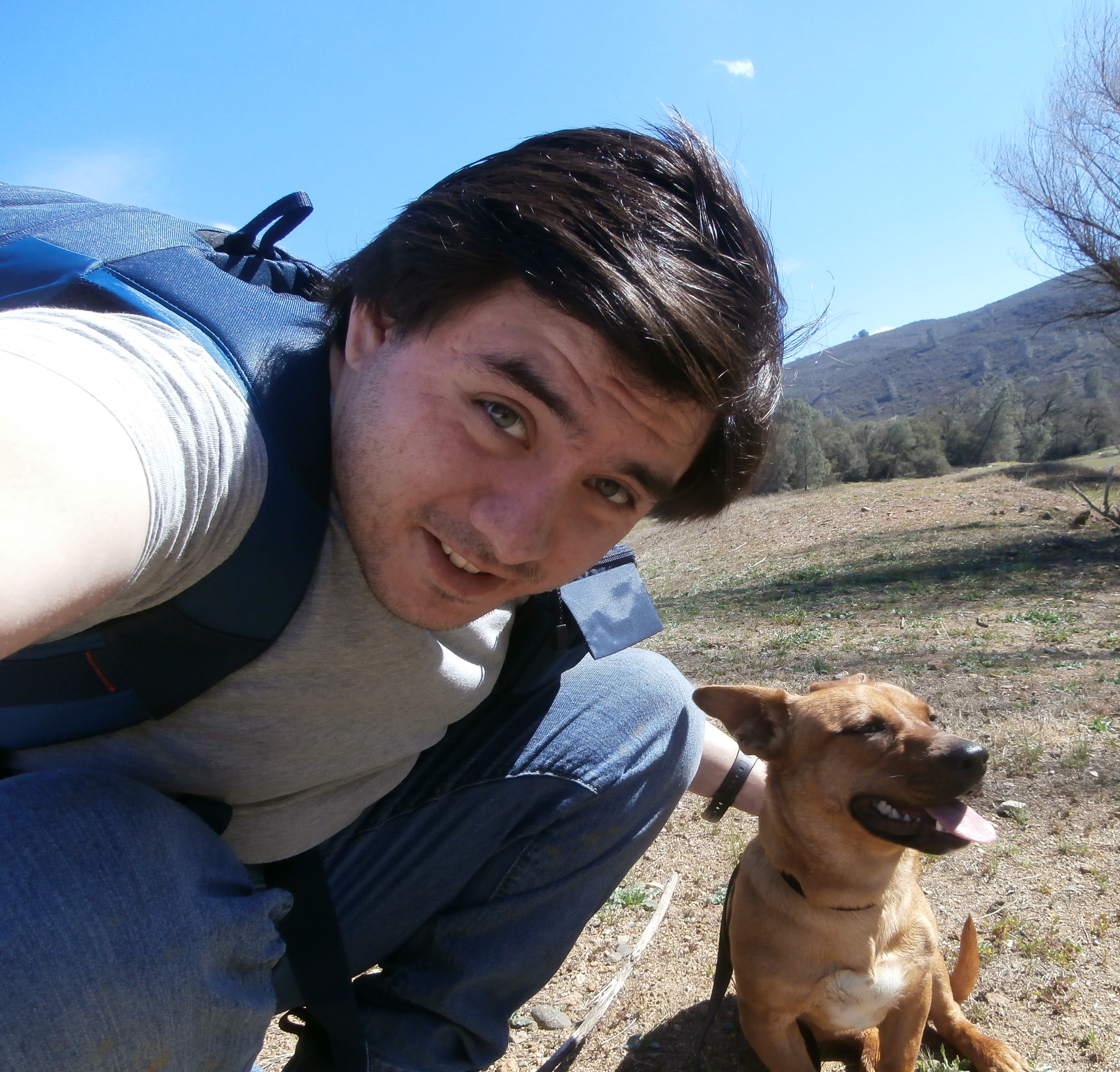 Elliott is 28 years old, he has lived in the Sierra foothills as long as he can remember. Through he has a background working in feline shelters, Elliott enjoys working with both cats and dogs. In his free time he takes his dog Zoey on long walks and spend time with his cats. 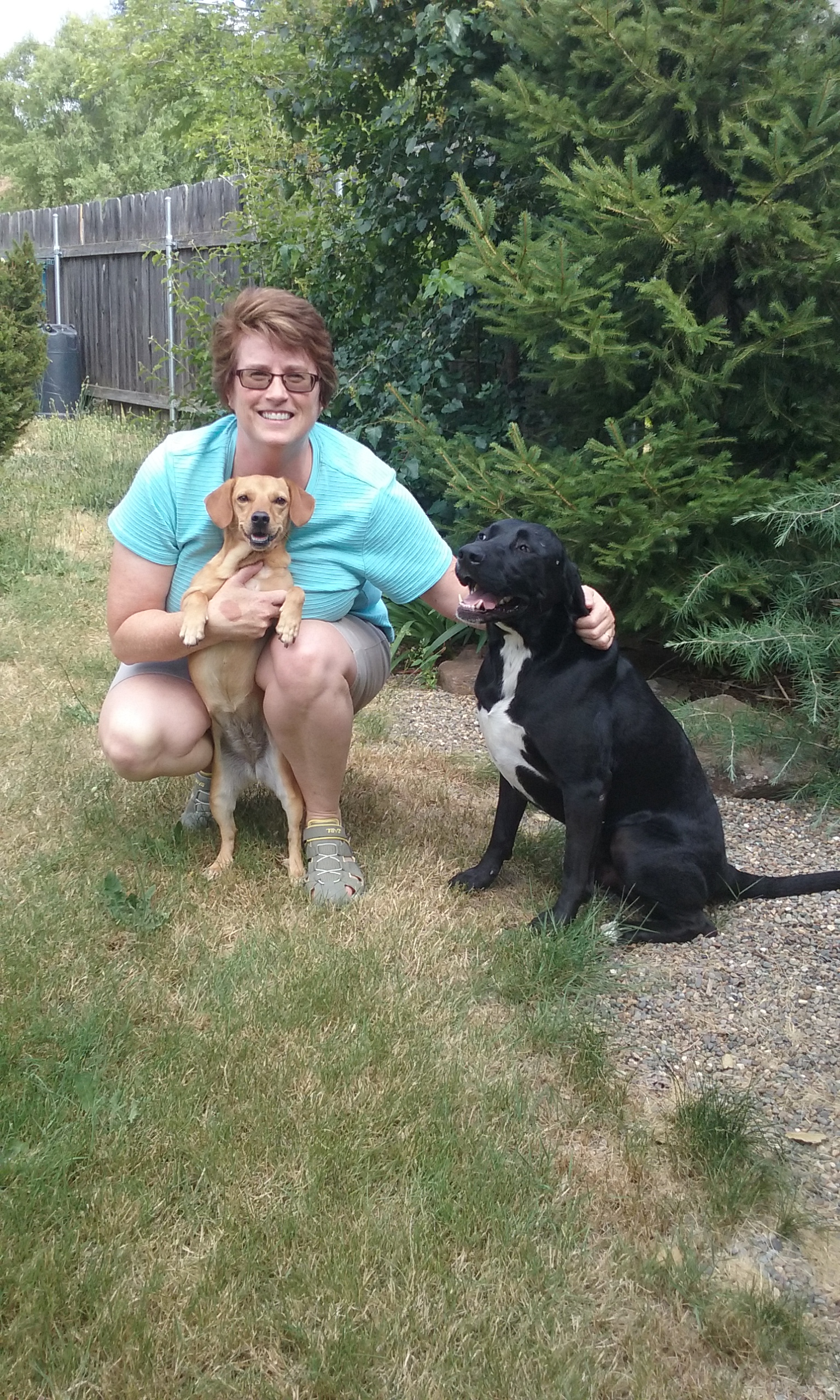 Lee Anne joined the practice in February of 2016 as a receptionist.   Originally from outside of Boston, MA, she has called California home for over 20 years.  Lee Anne lives locally with her husband Greg, daughter Allison, and 2 dogs, Tbone and Venus.  Lee Anne loves sports, including her New England Patriots.  More so, she loves watching her daughter play basketball and volleyball.  When not attending a sporting events she can be found with her nose behind a book, playing cribbage or hanging out with her family at the river.

Gabby joined the team in April of 2021. She grew up in Sacramento and has been a Placerville resident for the last year and a half. Growing up Gabby always knew she would join the veterinary medicine world. She has fostered many cats and dogs of all ages from two of the main shelters in the Sacramento area. On her free time she enjoys taking her fur babies, Jax and Kona, to the lake as well as going dirt bike riding and spending time with her family and friends. Gabby is currently enrolled at Penn Foster to become a licensed RVT. She is so happy to be a part of our team and even more thrilled to help care for your furry loved ones.

We look forward to hearing from you

Find us on the map